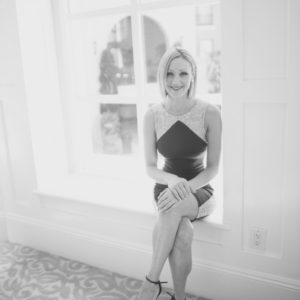 When Melissa Lapchuk first relocated to Newport Beach in 2002, she set out to study Psychology because she had an undeniable passion for helping others. Though she later fell in love with design and found her voice through her unique aesthetics, Melissa ultimately graduated with a Bachelors of Science in Interior Design. Throughout her career, her designs have garnered national attention and she now serves as a Director at Tanaka+Riley Architects. Her original passion for helping others led her to a career in matchmaking. On February 14, 2013 (a date fitting for a matchmaker!), she officially became a part of Cinqe.com Matchmaking. Completing her certification from the Matchmaking Institute and being trained by Millionaire Matchmaker Patti Stanger, Melissa’s caring personality and exuberance has earned her an incredibly extensive network within the OC and LA Metro areas, providing her with access to the most sought after, elite bachelors and bachelorettes. “We at Cinqe focus on building our network with events and offering the best counsel to our private clients.”