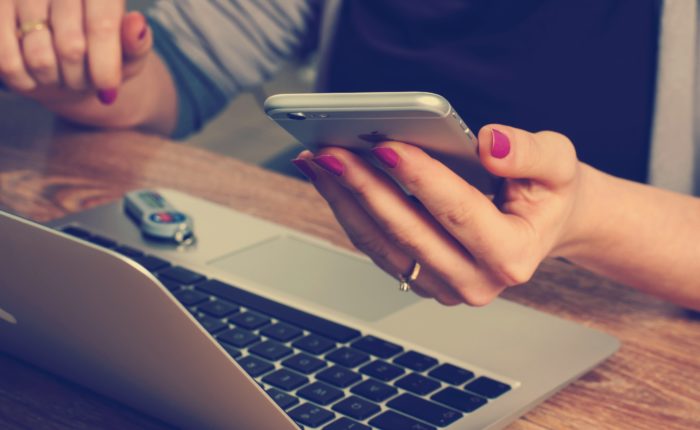 I don’t consider myself to be an old-fashioned kind of a girl but when it comes to dating I can agree with my mother (eek) on one thing:

The internet and your relationship don’t mingle.

I was having dinner with my friend once and I decided to Instagram the outside of the place we were having eating at and when I held up my phone he jokingly said, “Be careful what you post on there because you might be friends with an Instagram detective”.

The internet is amazing in a lot of ways; it’s given us all the ability to share endless amounts of information at our convenience. It’s also given us the ability to implode our relationships in mere seconds!

You’re constantly on Facebook or Twitter updating every step of your relationship. Writing an indirect status about your significant other isn’t just passive aggressive it’s incredibly immature. Don’t pretend that it’s acceptable in anyway shape or form to publically drag your significant other on social media just because you aren’t using their name, your “relationship status” makes it kind of easy to guess who you’re talking about.

Social media and insecurity seem to fit in together very nicely. I’ve had so many friends who spend the majority of their time apart from their boyfriends going through their Facebooks, Instagrams, and Twitter accounts to see if they’re really doing what they say they’re doing….or even worse they try to police who they’re speaking to. Your boyfriend or girlfriend is an adult and that means they’re entitled to have other relationships aside from your romantic one. They don’t owe you an explanation for choosing to leave the house without you. It’s scary and it’s controlling.

You Never Stop Looking at Your Phone.

If you ask the majority of people what their pet peeve is on a first date you’re most likely to hear that they find it annoying when someone is just looking at their phone the entire time. It conveys a lack of interest and people perceive it as mildly disrespectful. I probably wouldn’t be able to count the number of times that I’ve been at a restaurant and looked over to see the couple at the next table with both of their heads down the entire time. Your relationship is a little more important than checking your Facebook feed or sitting there crafting the perfect Instagram photo. The point of social media is to share your life and special moments right? Nope, it’s to try and impress other people. Curating your life takes a lot of effort and time. Time you should realistcally be investing into your relaitonship so that it not only looks good BUT is actually good.

Are you living in Southern California? Check us out and attend a local event we are hosting, more at Cinqe.com