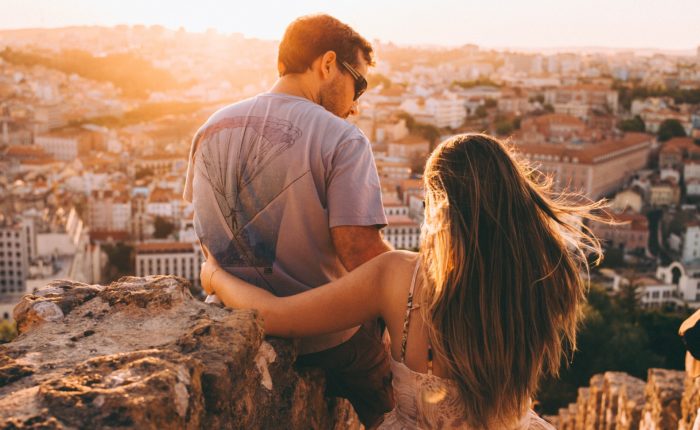 Here are some dating statistics and marriage statistics for finding love in California and all over the US. Read below!

1. If you date for three months then it’s likely you’ll be dating for four years. (Source)

2. Contrary to what you might expect, big cities are actually worse for meeting someone. Specifically, Los Angeles, New York City, and Miami are bad for meeting people. (Source)

Are you single and living in the US or Canada? Join our database for free here. Our service is more like friends setting up mutual friends on a date. We only recommend people if we feel like there’s something about the two of you that would spark a real connection.

Apply for free and get matched with paying members.

5. Divorce rates aren’t nearly as high as people think they are among full grown adults. The average is dragged down by people who marry very early. (Source)

6. If you get married or move in with someone at the age of 18 then there’s a 60% chance you’ll divorce or break up. (Source)

8. In the last 50 years, the number of people living together without being married has increased by 900%. (Source)

9. Two thirds of all couples married in 2012 had already lived together for two or more years before they made the jump. (Source)

10. Barely a quarter of all Americans actually disapprove of couples living together without being married. In 1981, that disapproval number was at 45%. (Source)

11. Despite what you might see on the news, a vast majority of Americans approve of interracial marriage, 87%. That’s an increase of 38% since 1991. (Source)

13. However, children of divorce experience “serious social, emotional or psychological troubles” at a 15% higher rate than children whose parents never divorced. (Source)

14. And unfortunately, if you’re a child of divorce then you’re more likely to get a divorce yourself. If both members of a couple come from divorced families the likelihood increases by 200% from either the base 30% chance or, if you’re 18 when you marry, it increases from the higher 60%. What I’m saying is that an 18-year-old married couple where both partners are from divorced families is quite literally doomed. (Source)

15. Seriously, don’t get married until you’re at least 23 years old. There’s no reason you can’t wait that long and all the data says you’re basically screwed if you don’t.

16. If you wait until you’re 35 to get married then there’s only about a 5% chance that you’ll get divorced provided your partner is the same age. (Source)

17. Want to meet someone and start a relationship? Don’t go to a bar. Surveys show that only 2% of men and 9% of women have ever formed a relationship with someone they met at a bar. (Source)

19. Some people never make it out of middle school. 23% of men and women still ask friends to tell their love interest that they “like” them. This is only a slight step up from note passing. (Source)

20. Regarding long distance relationships, they only account for 2.9% of all relationships, a third of them are college students, and the average lifetime of an LTR is four and a half months. (Source)

24. A third of women engaged in online dating have sex on the first date. (Source)

25. The number one relationship argument is about money. (Source)

26. In most relationships, the man is circa five years older than the woman. (Source)

27. According to an Esquire survey, 51% of women offer to pick up the check on a first date. (Source)

Are you single and living in the US or Canada? Join our database for free here. Our service is more like friends setting up mutual friends on a date. We only recommend people if we feel like there’s something about the two of you that would spark a real connection.

Apply for free and get matched with paying members.

31. Men, on average, sleep around nearly three times as much as women. The median for women is three partners in their lifetime while it’s eight partners for men. (Source)

34. Half of women feel like they were too young the first time they had sex. (Source)

36. Almost 70% of cheaters cheat with friends. Cheaters also tend to have a lot more sexual partners than the average, a median of 12 throughout their lifetime. So, while not all people with a lot of partners are cheater, all cheaters have had a lot of sex partners. (Source)

38. According to Psychology Today, the number one predictor of a relationship’s success is trust. This includes being reliable, dependable, and a source of real support during tough times. Everything else after that is negotiable. (Source)